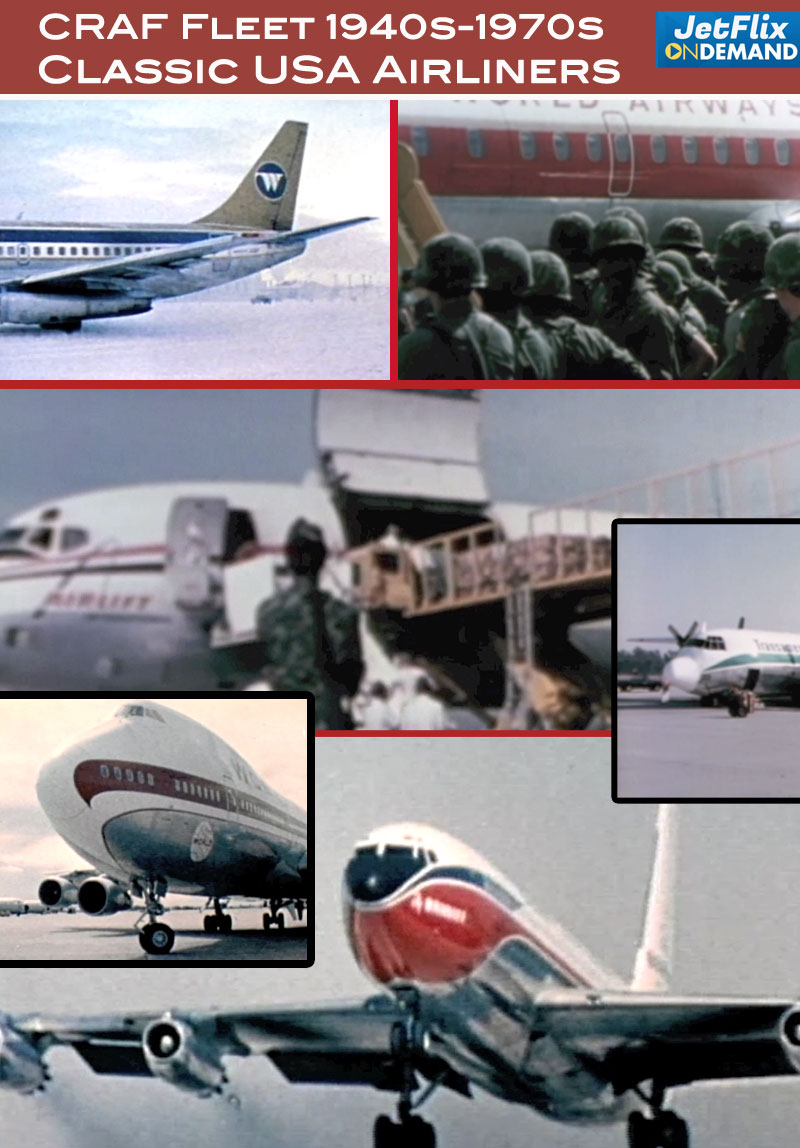 This is a teaser for the 25 minute film on the CRAF that covers the period from the 1940s through to the 1970s. Civil Air Reserve fleet are commercial US airlines and their airliners that can be called upon to serve alongside the US military airlift command capabilities during times of war, conflict or national emergency.

Airline freaks will love this films because it is loaded to rafters with lots of classic US supplemental airlines of the golden age. Highlights include World Airways DC-8, 707, 747, DC-10, Pan American DC-7 and 707, Wien Alaska 737-210C, Trans International DC-8, Flying Tigers 707, DC-8 and 747 and loads more!

This 25 minute film was produced by the US Air Force for educational purposes but it has more classic airline footage than military aircraft footage. It is very interesting to learn about the various operational taskings of the CRAF fleet during times or peace and war over the past seventy years.