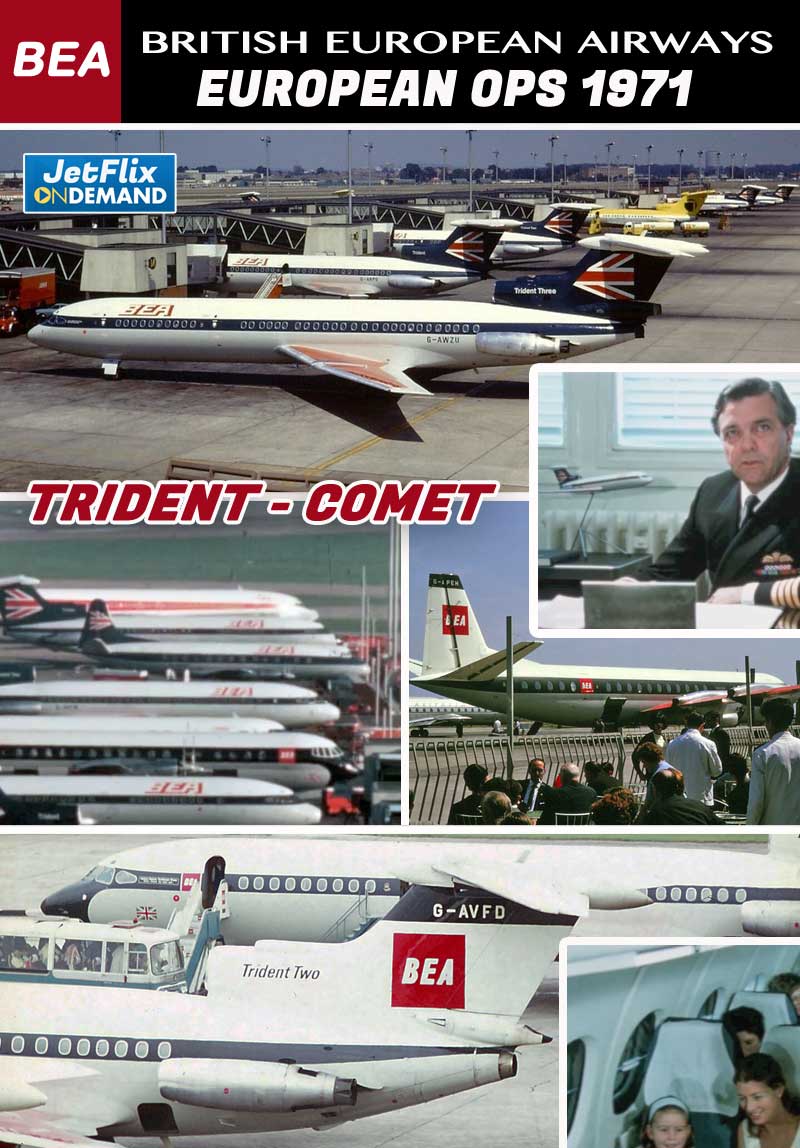 BEA British European Airways was the UK’s State owned domestic and medium haul airline until it merged with BOAC to form British Airways in 1973.

This promotional film was produced to celebrate BEA’s 25th Silver Anniversary in 1971, and highlight the airline’s accomplishments and operations during that year. BEA and associated airlines operated an all British built fleet of airliners including the Vickers Viscount and Vanguard, the BAC One Eleven, the Hawker Siddeley Trident and of course the De Havilland Comet 4.

The latest and greatest airliner in the BEA fleet in 1971 was the Trident 3 with its impressive CAT III autoland capability. Famous British Test Pilot John Cunningham appears in this film to explain the capabilities of the Trident 3.

Although the Trident 3 gets most of the screen time in this all colour film, we also get glimpses of BEA Comet and Vanguard aircraft. The films touches on every aspect of the airline’s operation from pilot and flight attendant training, cabin services, reservations, to maintenance, and winter operations, filmed at a snowy Zurich Kloten airport.

All in all, this film is a fabulous snapshot time capsule look back at a great British airline during its heyday.