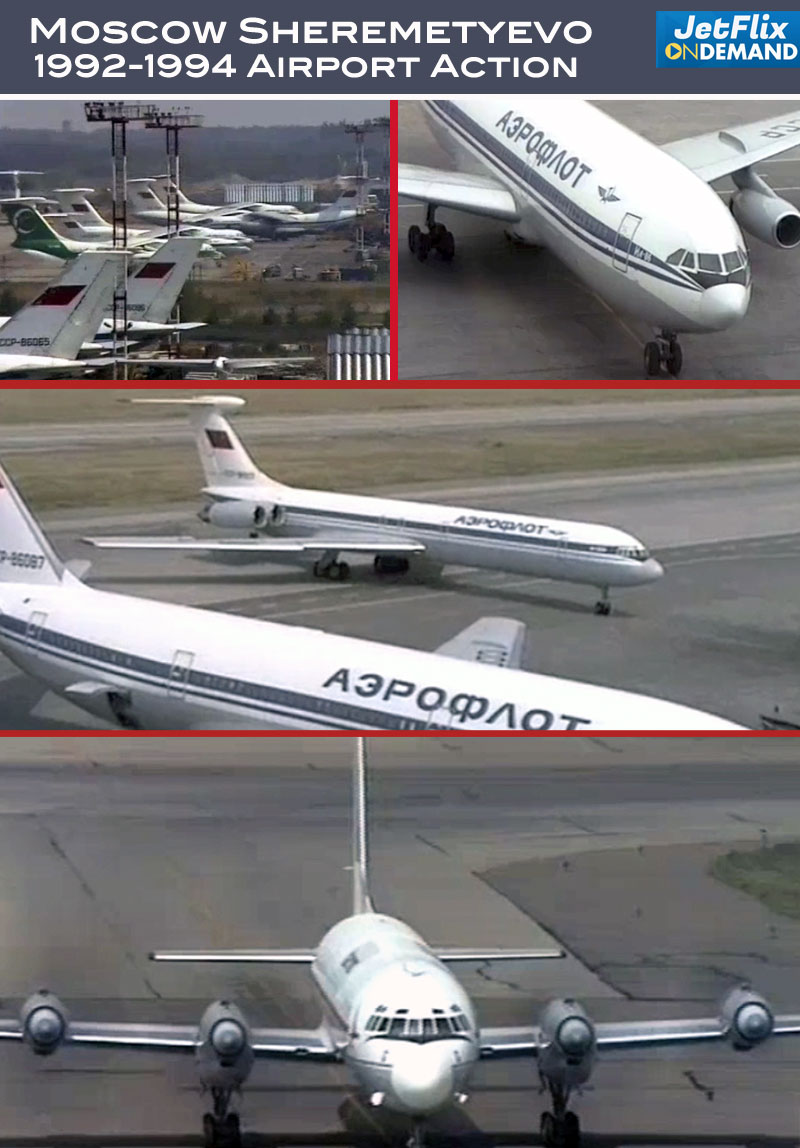 Between 1992 and 1994, Scott Henderson made several spotting trips to Moscow where he had the opportunity to film on the apron and from the famous observation deck on top of the main terminal building at Moscow Sheremetyevo.

This was when Aeroflot was the dominant Russian airline, before it had largely split up into autonomous regional divisions in the newly formed CIS countries and regions.

Of course this was also when most of the commercial aircraft operating in Russia and the former Soviet Union were Russian and Soviet designed and built. Long before the boring Boeings and plastic Airbus airliners invaded the Russian and CIS landscape.

Athough the video quality is nowhere near the HD quality that we take for granted today, the amazing subject matter and rarity of the footage is what te viewer needs to appreciate when viewing this amazing video. Special thanks go to Scott Henderson for allowing us to share this film with our viewers here on the JetFlix TV platform.