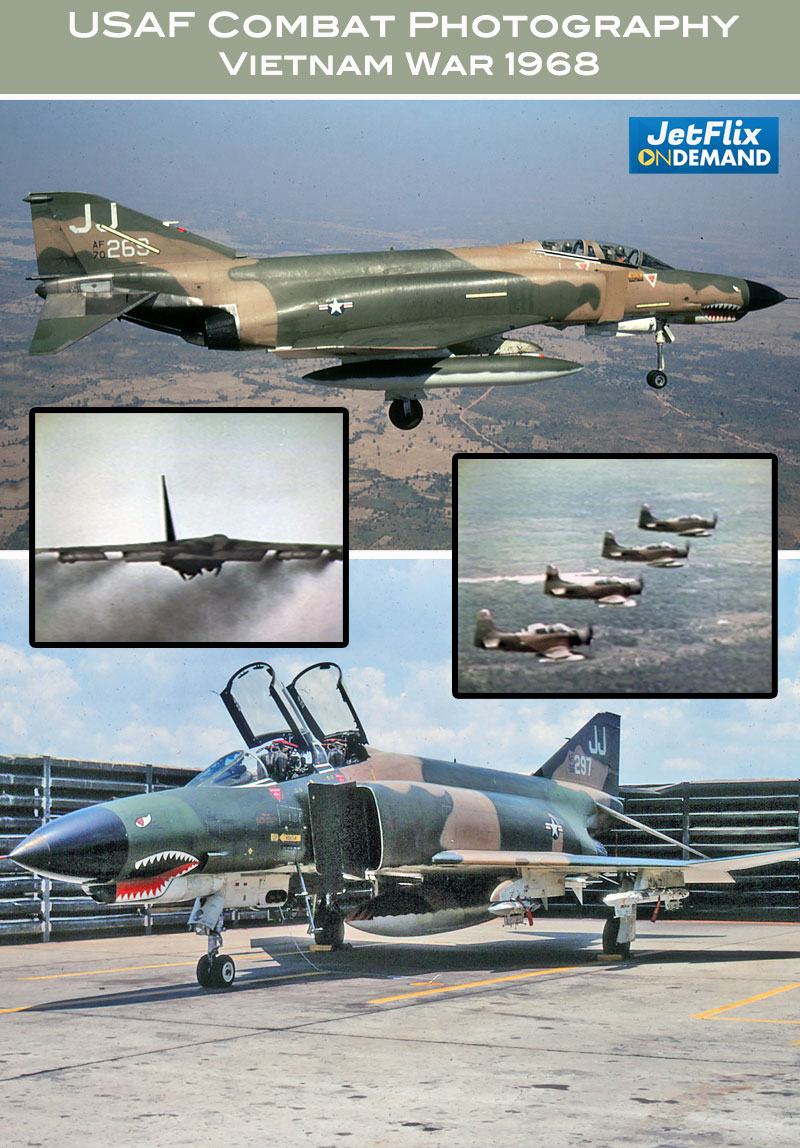 This 24 minute USAF propaganda movie was made in 1968 and presents a review of the interesting aspect of photo and film documentation during the Vietnam war.

During the peak of the raging Vietnam war in 1968, we film visits the 600th Photo Squadron which deployed photographers and movie filmers who actually risk life and limb by flying in strike and attack aircraft on live sorties to document bombing, strafing runs, and napalm drops. They also filmed various aspects of live war as boots on the ground beside the army soldiers engaging in field combat.

The movie also explains how movie cameras were podded under the wings of F-4 Phantoms, F-100 Super Sabres and F-105 Thunderchiefs to film the accuracy on bombing and attack sorties flown over North Vietnam, which also recorded inflight MiG kills during air-to-air combat.